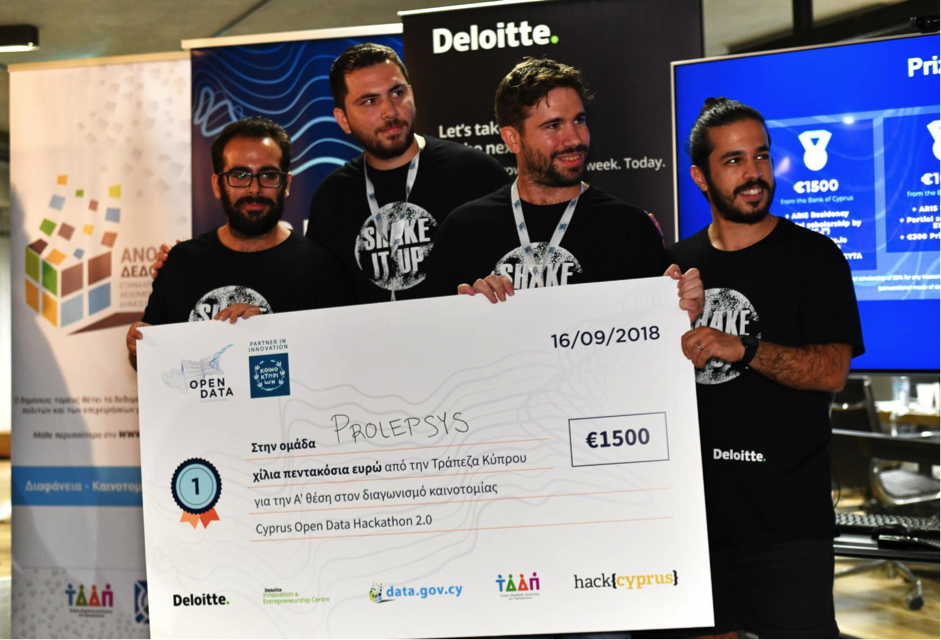 The second edition of the Cyprus Open Data Hackathon took place on 15-16 September 2018 in Limassol at ARIS | A Really Inspiring Space. The competition attracted computer programmers, analysts, designers, communication and marketing experts, students, as well as everyone else who is passionate about programming and is interested in developing an application using Public Open Data.

ProlepSYS team managed to win the first place of the competition with their Next Generation Emergency Reporting Platform for wildfires. ProlepSYS aims at optimizing reporting and response times of emergency incidents, reduce the number of fake calls to the authorities and raise awareness among the general public. To address these challenges, ProlepSYS offers an integrated solution consisting of a mobile application for reporting incidents and a dashboard for analyzing and verifying those incidents.

Through the application, citizens can take pictures of wildfires that are automatically analyzed using Machine Learning algorithms and assigned a hazard score based on the proximity of the event to critical infrastructure and populated areas. These pictures are then displayed on the dashboard's map operated by Public Safety Agencies based on the geolocation of the user. The operator can see the pictures and verify them as potentially hazardous events. Upon verification, local authorities get notified that action needs to be taken to combat the on-going disaster. In addition, a panic button functionality has been implemented on the mobile application to enable citizens encountering dangerous situations to instantly notify the authorities and request for immediate help.

Apart from the first place, ProlepSYS Team has also won the “Smart Cities Challenge”, awarded by the Municpality of Ypsonas. ProlepSYS team consists of the following members: Demetris Paschalides, Moysis Symeonides, Thanasis Tryfonos, and Zacharias Georgiou. All team members are researchers at the Laboratory for Internet Computing at the Department of Computer Science of UCY. 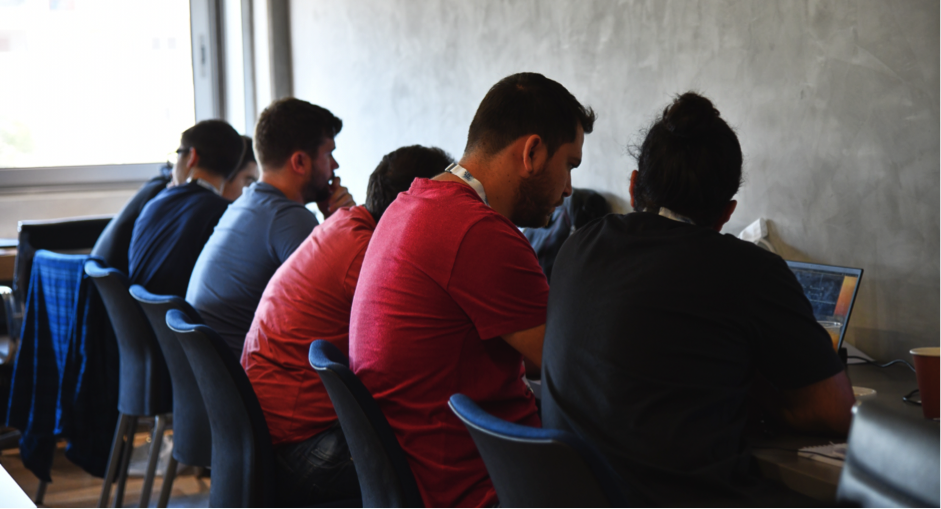