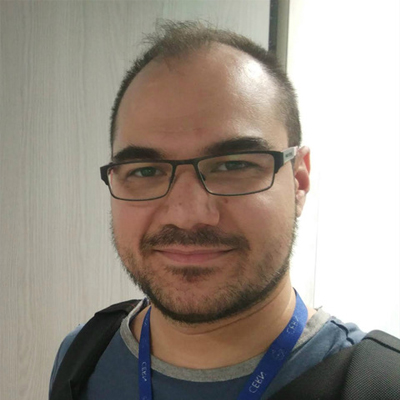 Giorgos Argyriou (starting from 9/2019) is an Early Stage Researcher for the Marie-Curie Initial Training Network “RAIS: Real-Time Analytics for the Internet of Sports” and as such he is enrolled as a Doctoral Student in the University of Cyprus, doing research for the Laboratory of Internet Computing in the department of Computer Science.

Giorgos holds a Diploma in Electrical and Computer Engineering [2011] from Aristotle University of Thessaloniki. After testing his skills and knowledge in greek labor market he became wiser and focused on the second half of his diploma title and Computer Science in general. From 2014 to 2019 he was a student in MSc in Science and Technology of ECE. He worked his thesis in cooperation with Computing Systems Laboratory of National Technical University of Athens with Ioannis Konstantinou in automating elasticity of distributed databases in cloud computing environments. Assistant Professor Dimitrios Katsaros (University of Thessaly) was his thesis supervisor.

During his MSc studies he worked as a Researcher at NKUA, as a member of Professor's Manolis Koubarakis R 'n' D team (KRR&A) for 2+ years. Also he worked as a SysAdmin at CERN's BE-CO group in the framework of the Technical Student programme for 14 months.

The main objective of this research is to build a monitoring framework for wearable devices that takes into account their key characteristics: limited processing power, heterogeneity, dissemination of sensitive data, low-energy sufficiency (battery-powered), intermittent network connectivity. State-of-the-art research work will be taken into account with emphasis to new platforms and tools that involve IoT devices and Fog/Edge computing nodes. The serverless programming model is a promising solution towards that direction. Extensions to a pre-existing platform that enrich its functionality can end up in a middleware prototype that can be deployed on Edge/Fog nodes. For battery powered edge devices we focus on lowering power consumption. Towards that end, we can propose techniques for lowering the amount of data dissemination or find smart ways to adapt computation execution to the appropriate resources.